Every day, in the quiet of consumers’ homes, pages of brochures and travel magazines are turned. Websites are visited. Travel advisors are contacted.

The process may seem genteel on the surface, but there is no fiercer competition than the fight for travel dollars. Hundreds of countries, tens of thousands of cities, hundreds of thousands of hotels and millions of restaurants and local attractions vie for the attention of a finite number of visitors.

This is a battle royale. Cruise lines and hotels spend billions each year to create striking architecture and beautifully designed interiors. Tour operators are increasingly creative in constructing itineraries that will differentiate them. Travel advisors must market in ways that distinguish them from the pack. Within a well-defined space, airlines must bring innovation to the in-flight experience.

The goal is to inspire consumers to travel with them, but competition of this sort also inspires retailers, marketers, designers and communications professionals to new heights of creativity. To stand out in a crowded ecosystem requires excellence at every step, from concept through execution.

And that’s what the Travel Weekly Magellan Awards rewards. Gold and silver Magellans are given to recognize the very best examples of design and promotion in an extraordinarily competitive environment. The winners have balanced the exact right words, materials, shapes, colors and technology to create an impression that moves a traveler to book.

Magellan winners are those marketers and designers whose exploration of travel’s possibilities rings true and stands out. Their carefully crafted messages, whether spoken, printed, posted, broadcast, streamed or tweeted, expand the possibilities of what travel can mean.

The art of conceiving, composing and distributing inspiration on the sales and marketing side and the alchemical process that transforms abstract creative thought into physical beauty on the design side is reflected in what you’re about to see.

This year’s silver and gold Magellan winners are the industry’s marketers, designers, copywriters, videographers, architects, graphic artists, creative directors, photographers and travel consultants who not only trigger the impulse to escape the ordinary and travel to new worlds but to assure that promises and delivery are aligned.

Magellan judges aren’t remunerated but are moved to volunteer in the spirit of recognizing and rewarding exceptional efforts. It is the judges’ profound understanding of both consumers and the underlying benefits of travel that make the Magellans meaningful. I want to again publicly share my deepest appreciation to them for putting in the time and effort required to view and score thousands of entries.

(Note: While we’re confident these judges could be objective and unbiased no matter whose work they were reviewing, we have taken steps to ensure that there isn’t even the appearance of conflicts of interest. None were given entries to critique in categories in which they directly work or have worked.) 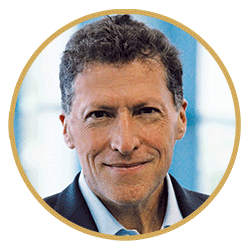 The Magellan Awards honor the best in travel and salute the outstanding travel professionals behind it all, from design to marketing to services.

Entrants submitted various multimedia elements, such as photos and videos; print materials; and websites, and a panel of 22 travel industry heavyweights judged the entries (none judged categories in which they work or have worked).

Entries do not compete with one another but are instead judged against a standard of excellence based on the long experience of Travel Weekly and considering the category entered.

Judges were asked, for example, to consider how relevant the elements of an entry were to its sector of the travel industry, how well designed the supporting elements were and whether they found the entry “appealing or intriguing.”

Those entries scoring between 90 and 100 were given gold Magellans. These entries were considered by the judges to be clearly excellent and the best of the best. Entries scoring from 80 to 90 were deemed outstanding work and were awarded silver Magellans.

Therefore, there might be multiple gold or silver winners in a particular category, or only silver winners, or no winners at all.

Bangs is the executive producer and host of the PBS program “Richard Bangs’ Quests.” He served as executive producer and host of the Emmy-winning PBS series “Richard Bangs’ Adventures With Purpose,” and his companion book, “Adventures With Purpose,” was named best book by the North American Travel Journalists Association in 2007. He was part of the executive team of Expedia.com and served as its editor at large.

Baumgarten is the past president and CEO of the World Travel & Tourism Council, an international organization of travel industry executives that promotes tourism worldwide. Prior to that, he held various executive positions at Air France during a nearly 30-year career, including executive vice president of corporate, international and industry affairs. Today he is chairman and CEO of Crewe Associates, a management consultancy.

Beckham is the former owner of a family-operated travel agency and group tour company, a past president of the National Tour Association and a past chairman of the National Tourism Foundation. He is the founding and executive director emeritus of Tourism Cares, a nonprofit, philanthropic organization that unites the travel and tourism industry to benefit the people and places the tourism industry depends on.

Carroll is the CEO of Marketing Economics, a consulting firm specializing in travel industry marketing, pricing, distribution and revenue management. For over 25 years he held a variety of senior positions in the travel industry, including division vice president for global marketing planning at Hertz, where he was responsible for global pricing, revenue management, marketing information systems and counter sales.

Dalgaard founded wholesale tour operator Avanti Destinations in 1981 and retired in June 2018. He has served in several positions at the USTOA, where currently he is vice chairman. He also has been on the advisory board of the German National Tourist Office and Atout France for many years.

Fegley served as InterContinental Hotels Group’s vice president of sales, Americas from 2001 until his retirement in 2015. Prior to joining IHG, Fegley held senior management positions with Holiday Inns Inc.; Renaissance Hotels & Resorts; Wyndham Hotels & Resorts; and Carlson Cos. He has served on the board of directors for the U.S. Travel Association, the Hospitality Sales & Marketing Association International and Tourism Cares.

Gleason worked for American Airlines for more than three decades, including as executive vice president of Eastern division sales. In 2005 he joined Seagate Travel Group as it was acquired by Hogg Robinson and in 2011 retired as president of Hogg Robinson Group North America.

Gorga was CEO and president of Travel Impressions from July 2001 through June 2013. Prior to that, Gorga spent 15 years in numerous key leadership roles with Sabre and American Airlines within the AMR Corp. From 2014 to 2017 he was president and CEO of Tourism Holdings, a company focused on investing in and acquiring companies that serve the travel industry. He is currently principal at Steven J. Gorga and Associates.

Greenberg is travel editor for CBS News and host of the nationally syndicated “Eye on Travel” radio show, broadcast each week from a different location around the world. Greenberg also produces and co-hosts PBS’ “The Royal Tour,” a global television event that features one-on-one journeys through various countries with their heads of state.

Davis is a contributing editor for National Geographic, a feature writer and columnist for the Globe and Mail, the resident travel expert on CTV’s “The Social” and the co-host of “Get, Set, Go!” on CHCH Morning Live. She is also the founder of Globetrottingmama.com, a site documenting her yearlong trip around the world with her family.

Hanrahan was president and CEO of Celebrity Cruises from 2007 to 2012 and prior to that was senior vice president of marketing and sales for Royal Caribbean Cruises Ltd. He most recently served as president, CEO and director of the Regis Corp., a global leader in beauty salons and cosmetology, from 2012 to 2017. Since 2012, he has served as a director of Cedar Fair, a leader in regional amusement parks, waterparks and active entertainment. He also currently serves on Lindblad Expeditions’ board of directors.

John E. DiScala, aka Johnny Jet, has traveled over 100,000 miles a year since starting his newsletter in 1995 and has visited close to 100 countries. He and his website JohnnyJet.com have frequently been featured on major network TV and in national publications. He appears every Saturday on Leo Laporte’s syndicated radio show, “The Tech Guy,” talking about travel and technology. Budget Travel magazine named JohnnyJet.com one of the top money-saving websites for travel.

Kwortnik is an associate professor of services marketing at Cornell University’s School of Hotel Administration. His research focuses on consumer behavior in service contexts, with special attention to service experience management. His work has been published in the Journal of Marketing Research, Journal of Service Research and the International Journal of Research in Marketing.

Lambert spent over 30 years with Avis Budget Group and its predecessor companies, where he held multiple senior leadership positions. He is currently a managing director in the Scottsdale, Ariz., office of Harvard Group International, an executive search firm.

Mancini is a travel industry speaker, educator and consultant who has authored or produced 12 books, 32 videos, 27 online courses and over 300 articles. His firm helped design programs such as Marriott’s Hotel Excellence, Holland America Line’s HAL Academy and Norwegian Cruise Line’s NCL University. While with CLIA, he was the creative force behind nearly 100 seminars, videos and online courses.

Misunas is a principal of Essential Ideas, a consultancy specializing in travel and tourism, technology and consumer e-retailing. Previously she was president and CEO of the Sabre Group and senior vice president/chief information officer of AMR Corp., formerly the parent company of American Airlines.

Robb is a travel industry consultant and serves as board chair for the Travel Institute. He started his travel career in sales and sales management and followed that with roles at Carlson Cos., including global vice president of marketing. More recently, he focused on corporate and product strategies at La Macchia Enterprises.

Schultz is the author of the No. 1 New York Times best-seller “1,000 Places to See Before You Die.” An oversize, deluxe, photo-driven edition was released this fall. She also served as executive producer of the Travel Channel’s TV show based on the book. Schultz has been named one of the 20 most influential women in travel by Forbes.

During a 10-year career with Aer Lingus, Stack served in a variety of positions, including sales manager for the North of England and South of England. Following his stint at Aer Lingus, he joined the Irish Tourist Board, specializing in meetings and incentives travel. He joined Ireland specialist CIE Tours in 1990 as president and was promoted to managing director in 2007. He retired as CEO in 2016.