Golf’s ace in the hole

As the pandemic has played out, golf has been one of the rare big winners.

The number of golf rounds played nationwide was up 13% year over year through November despite course closures that sharply impacted the industry in the spring, according to market researcher Golf Datatech. Rounds were up almost 57% in November, the sixth straight month in which year-over-year improvements were larger than the month before.

In addition, the National Golf Foundation (NGF) estimates that 20% more people took up or returned to the game last year than in a normal year.

Good weather around much of the country helped those figures. But typically, weather only accounts for a 2% to 3% fluctuation in play, according to the NGF. The larger factor in golf’s uptick has been what the organization referred to in one recent report as the “synergetic” connection between the pandemic and golf.

“It’s outdoors. You can physically distance. You can do it as couples. You can do it with friends. You can do it alone,” Kris Strauss, senior vice president of sales and marketing for Troon Golf, a Scottsdale, Ariz.-based company that manages 57 daily fee courses in North America, said to me during a golf-oriented, late-October media fam to Scottsdale. “If you can’t socially distance on 120 to 150 acres, you just like to be close to people.”

The fam was the first the destination marketing organization Experience Scottsdale had hosted since the start of the Covid-19 pandemic last March. 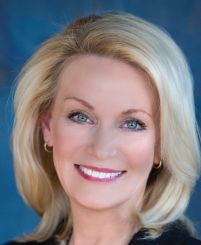 ‘We realize how important golf has always been to Scottsdale.’

Over four days, we played five courses in and around the Phoenix suburb. One, the TPC Scottsdale Stadium Course, hosts the Waste Management Phoenix Open, the most heavily attended event on the PGA Tour. Another, the Raptor Course at Grayhawk Golf Club, is set to host the NCAA Division 1 Men’s and Women’s Golf Championships each of the next three years.

The Covid-19 spike that is continuing to ravage the country this winter was in its early stages during my visit. And while we certainly were mindful of the rise in case numbers, the pandemic didn’t worry us too much as we took on those prestigious courses, hitting hooks, slices and an occasional good shot, as well.

Our relative comfort on the links was far from atypical, and the sport’s uptick has the destination golf community, including tour operators and travel advisors who sell golf, seeing new long-term opportunity. 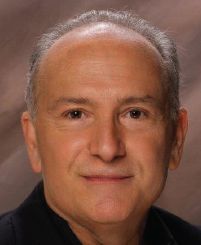 ‘There is more potential for golf travel in the future.’

“There is more potential for golf travel in the future,” said Gary Talewsky of Direct Travel near Boston. “Golfers are honing their skills, feeling better about their games. Also, you probably have a lot of new golfers. They’ll want to start playing when they travel.”

“I think we’ll see a lasting impact from this,” he said.

Skinner is particularly optimistic about the increase in play he has seen from millennials, a demographic that hasn’t taken to golf in the same numbers as Generation Xers and baby boomers. KemperSports, he said, has enjoyed a membership increase of 10% during the pandemic at the 17 private courses it manages, with the majority of those people being between the ages of 30 and 42.

The boom has primarily been driven by local and drive market players and hasn’t yet led to an increase in travel to a golf destination. In August, the NGF projected that overall trip volume to domestic golf resorts would be down 35% to 40%. The estimate has not changed much since then, an NGF spokesman said, though the organization hadn’t completed its 2020 post-mortem report.

But even with that 35% to 40% domestic decline, the destination golfing market fared relatively better than many segments of the travel industry in 2020. Scottsdale’s 52 golf courses, along with its other outdoor recreation opportunities, helped the city become the second-fastest-recovering U.S. tourist market in an analysis of Tripadvisor accommodation clicks for October.

And there are indications that the drive markets are expanding in scope.

Strauss said that the Troon-managed Westin Kierland Resort & Spa in Scottsdale expanded marketing for the drive market to an eight-to-10-hour range. Sacco said that Experience Scottsdale has observed a lengthening of its drive market, as well.

“For us, the drive market is not just California, Colorado, Utah and Texas,” she said. “People are driving from Chicago, the Midwest — places that are way beyond.”

Such resilience shouldn’t come as a surprise in the destination golf industry. While the number of overall golfers in the U.S. declined over the 15 years leading up to the pandemic, and the number of golf courses went down by 10%, according to the NGF, the global destination golf industry has expanded. From 2011 through 2019, sales by golf tour operators increased 8% to 10% annually, according to the International Association of Golf Tour Operators (IAGTO).

In the U.S., destination golfing revenues were able to continue climbing because the number of avid golfers remained steady, even as the total number of players dropped, IAGTO CEO Peter Walton explained during a late 2019 interview.

Looking through the winter and spring, golf resorts, as well as tour operators and agents, expect the destination industry to be dominated by couples excursions and by buddy trips, with corporate golf trips, not surprisingly, being nearly absent.

Bookings at Florida’s Streamsong, for example, look strong from February through April, Skinner said. But small groups and drive market travelers will represent a proportionally higher share of visitors compared with previous years.

Ryan Jacobs, a travel specialist for the Amherst, N.H.-based tour operator Adventures in Golf, which is a preferred Virtuoso partner, said his company has refocused its short-term efforts away from big-ticket international markets Scotland and Ireland, which typically account for 75% of sales, and toward Sunbelt markets like Georgia, South Carolina, Florida and Arizona.

Jacobs said he is cautiously optimistic about 2021. But due to the Covid-fueled golf boom, he’s bullish about the post-pandemic outlook.

He said that during the virtual Virtuoso Travel Week in August, 80% of his appointments were with agents who said they wanted to learn more about selling and booking golf due to its suitability during the pandemic.

Agents who do end up working with golf-hungry clients will likely find it easier to do so with the aid of a specialty tour operator, said Talewsky, especially if their clients are planning an international excursion. By booking golf packages with a preferred tour operator, in his case Adventures in Golf, Talewsky said he sometimes can get better access to tee times at highly sought-after courses, such as the Old Course at St. Andrews in Scotland, which claims to have the oldest known golf course in the world among its seven courses. (Adventures in Golf maintains an office in St. Andrews.)

Booking international golf itineraries can be lucrative, Talewsky added. With his upscale Virtuoso clientele, trips often range between $30,000 and $60,000. From there, he’ll typically take a 15% mark-up as commission.

Josh Alexander, an agent at Protravel International in New York, said he usually arranges his own bookings for more straightforward domestic golf trips, such as to California’s Pebble Beach, which pays him a commission on lodging. But for the approximately half-dozen international trips he arranges for clients in a typical year, he prefers to enlist a local ground operator. Such companies are best equipped to facilitate choosing courses and lodges, securing tee times and rental clubs and arranging ground transfers and excursions to tourism sites unrelated to golf.

Alexander, himself a golfer, also offered another piece of advice to travel advisors who hope to book more golf in the aftermath of the sport’s Covid-19 surge

“To be able to talk with clients, you have to understand the game,” he said. 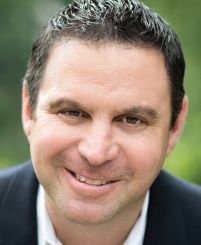 ‘To be able to talk with clients, you have to understand the game.’

Booking golf, he noted, is quite nuanced. Serious golfers tend to have a strong working knowledge of famous and highly-rated courses. Travel advisors would be well advised to develop similar skills.

Jacobs suggested that travel advisors also consider pushing golf more often as an ancillary activity in a larger trip, a technique that could be more effective now that more people have taken up the sport or are playing it with more intensity.

“Golf is almost everywhere,” Jacobs said. “And golf can be incorporated into almost every trip they are planning, whether it is a Caribbean cruise or to Napa Valley. Golf doesn’t have to be the sole focus.” 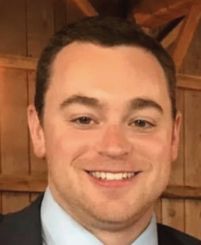 ‘Golf can be incorporated into almost every trip.’

Still, whether the golf world can build on its pandemic-era success as other activities once again become strong options, remains to be seen.

During a roundtable discussion at the virtual International Golf Travel Marketplace conference in October, Clinton Norris, a Dubai-based director of sales and marketing at Troon International, which is a sister company of Troon Golf, said that a priority for the industry over the next six to nine months should be to steer golfers toward sessions with teaching professionals.

“The more people we can get better at golf and still playing golf, then the quicker we as a tourism industry can recover,” Norris said.

He added that as in other sectors of the travel industry, destination golf specialists might want to home in on secluded locales in the near and midterm. At the luxurious Velaa Private Island resort in the Maldives, which is home to a specialized golf academy designed by former Masters champion Jose Maria Olazabal, business through mid-fall was up year over year.

“Families want to come and stay in a luxury village and have all the different activities that the villa offers,” Norris said.