On with the show

Just as travel ground to a halt when the pandemic first took hold in March 2020, so too did the film and television industry.

Consequently, for travel professionals specializing in entertainment-related travel, the initial impact of the Covid-19 crisis seemed to hit twofold.

“As you can imagine, we were probably hit harder even than most regular travel advisors over the last 12 to 14 months,” said Adam Ottmar, director of special events for Altour’s Altour Entertainment and EnterTravel divisions, which focus on travel related to film and television production, press junkets, music tours and more. “Production just hit such a hard stop. And there were just so many hoops for them to jump through” to start up again. 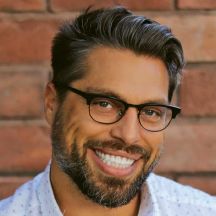 ‘We were probably hit even harder than most travel advisors.’

“When Covid hit, things came to a standstill,” said Norris, who specializes in a variety of entertainment travel, with a particular focus on reality TV production. “I was literally sitting around tapping my fingers.” 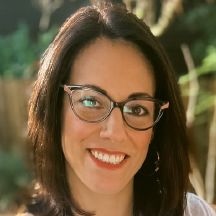 ‘When Covid hit, I was literally sitting around tapping my fingers.’

It wasn’t until around last August that Norris finally received her first call from a production company ready to get back on the road, buy out a hotel and start filming. Since then, Norris reports that business has bounced back quickly, going from a trickle to a veritable flood.

The flurry of filming activity comes as the public’s appetite for new television shows and movies appears to have hit an all-time high.

“You’ve got your Netflix, your Amazon Prime, your Hulu, your YouTube and all these other platforms,” said Norris. “They’re all competing to get more and more new content out there. And because of all the time we’ve spent confined at home because of Covid, I mean, I’ve never watched so much television in my life.”

Dani Risch, an Atlanta-based entertainment travel specialist with Protravel International who is also affiliated with the Global Travel Collection, similarly credited “the battle of the streaming platforms” with driving a recent boom in television and film production travel.

“After being down for so long, these production companies are now moving full steam ahead,” Risch confirmed. “Vaccines are underway, more states are opening up, and they’re cranking out content quicker than we can even keep up.” In her 11 years in the entertainment business, she said, “I’ve never seen it like this before.” 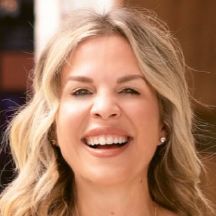 ‘I’ve never seen it this busy in my 11 years in the entertainment business.’

Over the last few months, Risch has seen production trending southward, with many production crews heading to states that have remained more open than other U.S. regions, including to her home state of Georgia. As of early May, she estimated that there were about 100 productions currently active in Georgia alone.

“L.A. got hit [by the pandemic] so much harder, and their lockdowns were so much stricter, so we definitely started seeing an influx of productions coming to Atlanta,” said Risch.

Like Norris, Risch saw productions start to ramp back up in the latter half of last year, with studios tapping her expertise to help them create Covid-safe hotel “bubble” environments for their casts and crew. Risch booked her first hotel bubble in Georgia just before last Christmas, partnering with the yet-to-open Element Atlanta Buckhead to house a 150-person Netflix production crew for 83 nights.

“[Booking that] $1.2 million bubble and staffing up an entire hotel during the pandemic felt amazing,” said Risch. “The worst year turned into the start of my best year with this bubble alone.”

According to Altour Entertainment’s Ottmar, “bubble” has quickly become something of a buzzword in the entertainment travel world.

“We’ve done bubble resorts, bubble hotels, bubble floors,” he said. “Everybody has to come in and get tested, and then once they’re tested, they’re in the bubble. And then the normal method of operating is doing testing again every other day or every couple of days.”

The vast majority of productions have now added the role of Covid compliance officer to their teams, with that individual now serving as an important liaison for travel advisors when it comes to tasks like coordinating Covid-19 testing space at a hotel or figuring out catering solutions at a time when many hotels are offering limited dining options.

And while production teams typically handle their location scouting in-house, Ottmar said advisors are now playing a key role in that process, as well, helping travel and production managers review potential filming destinations and decide which may be the best fit from a cost, safety and logistics standpoint.

“Before Covid, our job was much more of a transactional interaction,” Ottmar said. “We’d get a flight sheet and hotel request, our team would go to work quickly on it using our GDS, we’d secure our entertainment rates, book their travel and then send it off to the client. Now, there are so many components we have to research, communicate and review, and all of that is extremely time sensitive, because our clients need to make quick decisions.”

Maggie Kealey, president of Frosch Entertainment Global Travel Management, agreed that the pandemic landscape has made things much more “intense” for entertainment travel advisors. Even as production crews gradually loosen their bubble restrictions, the amount of legwork needed remains overwhelming.

“Being an agent today is very difficult,” said Kealey. “We have long Zoom calls with all the hotels, going over every step from when our client arrives to when they get to their rooms. Every detail — like, how is room service delivered? — must be covered. And we also have to let the client know what’s open around their hotel, whether there are coffee shops or restaurants or gyms that are open or whether the parking lot has shut down valet parking, for example. There’s just so much to dive into.”

“We’re still charging the same,” said Kealey. “Their industry has been hurting, too. It’s about making sure our clients know that we’re with them and that we’re going to protect and keep them safe.” 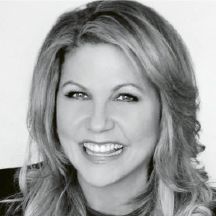 ‘We’re still charging the same fees — their industry is hurting, too.’

Such a heightened level of caution and attention to detail, however, is a must for most production teams these days, said Bespoke Travel’s Norris.

One person down with Covid can cost a production team millions of dollars, according to Norris. “The stakes are very high,” she said.

Given all the additional time, planning and resources now needed to get production travel off the ground, many TV and film crews are opting to shoot multiple movies or seasons during a single trip.

“We’re definitely seeing a trend toward production companies deciding to film multiple seasons at once or two films at once,” Norris said. “Instead of 14 episodes, maybe they’re going to do 30 episodes, or they’ll be filming for a longer period so that they can break it into two seasons.”

Even with some studios opting to double up on seasons or sequels, however, Ottmar doesn’t think the current filming frenzy will fizzle out anytime soon.

“We’re just scratching the surface of the boom,” he predicted. “And while, before, it was kind of just the big players in the game of the production world, you’re now seeing a lot of smaller, boutique production companies that are starting out and getting deals for their content to be streamed because there’s just such demand. And that’s great, because that instantly gives them a production budget to work with, which in turn requires entertainment travel, which in turn keeps our team busy. There are a lot of good things ahead.”